Another One… and sth. ’bout my work

I forgot this image yesterday.  I made it a few hours before….The time between I was at a band rehearsal.

I cropped it 1920 x 1080 px.  for 16:9 monitors ’cause I love to change wallpapers on my desktop. That’s  why I wanna share it with you. If you like it don’t be shy and grab it for yours 😉 As you might have noticed there’s some subtile green to be seen on the field. BTW the first snowdrops find their way to the surface. Check out Fotograf-Zahls blog.

What I have to tell is some things about the juvenile project I’m working in: To tell it in a few words – 30 kids (musicians and staff), boys and girls,  between 12 and 17 years old,  5 (may be 6)  group leaders (adults), four 9-seaters, two trucks, a mobile stage of 50 m², a PA will be on tour at the summer holidays. The idea is that 4 bands and some solo musicians shall perform at several places in Germany Denmark, Sweden and Norway on camps, festivals and village fairs. One group is for catering, one for rigging the stage and is  responsible for light and sound too, one for the camp, one for the public relation (internet and newspapers). Every group has a responsible leader to coach his group for its tasks. I’m one of these guys and my job is to coach the bands in performing their music on stage – particularly that they sound good and make some wonderful performances. After a lot of auditions we made a selection of the bands. To find the staff was very easy (we didn’t think that it was that easy). I for one was very surprised about the motivation of all these young guys to support this project! And last not least a lot of sponsors are with us. F. eks. a mobile studio that makes a 500 km-trip for 3 days with the whole recording equipment on a big truck to make a live-recording of the performances of every band  in North Denmark in front of several thousands audition on a soccer cup where 15.000 guys participate – for a CD.  – – – and they’ll  make it for free!!!!

The last two days were very interesting. On monday I visited the rehearsal of a juvenile band whose 3 singers always do their choruses monophonic (up till now 😉 ). So I asked them two weeks ago to try some choruses for several voices. I posted them some notes and they tried it – and made it very good for the first time, but didn’t forget to tell me that it was some hard work to find the right intonation. By discussing to find a solution for that problem I realized that the vocal coach of the lead singer is a very good friend of mine (we had a lot of wonderful performances together). So it’s not that difficult for me to rope him in for this project – particularly show his student how to coach his co-singers. I’m sure we are on the right way – and the band loves that stuff…

The project leader had a very nice idea how to make the whole show more colorful. (BTW we have some great support by a mentalist/magician. He’s well-known here in Germany).  He asked another band to integrate a fanfare into one of their songs. A funny idea to play a fanfare (usually used for marches) to some emo-heavy metal music. And because of the tuning of the fanfare there was no way to play this instrument to one of  the twelve songs they can play. But I was very surprised of the creativity these young musicians showed to find a solution!!! At last they/we found a way to bring the whole thing into harmony by creating a blending of cascades and chromatic scales to integrate the well-known “wake up fanfare” into a song – as a little solo – attended by a HM-chorus. Believe me we had a lot of fun and I was very proud of the two young guitarists (15 and 16) who had these great ideas. They needed only a little bit of support by me… No need to talk about the other thing we realized. A girl whose job it is to moderate the show and to introduce the bands – a nice singer btw – wanted to be added as a female voice. The result is that it’s thrilling how it  sounds if a clean female soprano is added to male grunting (a typical kind of singing on HM-Stuff).

One of the attenders’ tasks is to make some video documentation of the project. He has to follow the rehearsals of all the groups who are involved into this projects. He has been with me yesterday to make some rehearsal room recordings when some new material has to be acquired. The following day I’ll be not alone on my tours… He needs a driver 😉

Here a photo of one of the bands. They are called  “ServoRock”, a bunch of great talents!!! 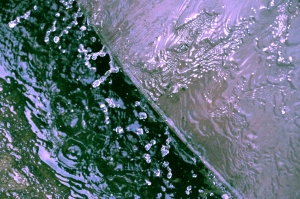 When I made it!